If you’re looking for something more bold and from a recognisable character, why not opt for the infamous and funny Captain Jack Sparrow? This article will look at some of the best products online for Captain Jack Sparrow, so that you can look your best at your next fancy dress party. 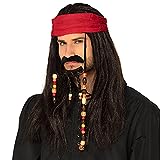 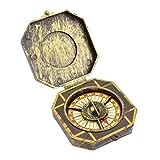 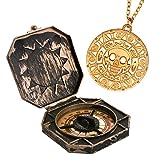 Captain Jack Sparrow is a unique and bold character from the Pirates of the Caribbean movie franchise. His character is one that we have definitely never met on screen before, and will go down in history as one of the most recognised characters on our screens.

Jack Sparrow starts out as a cocky, funny, and independent pirate who cons people in order to get his own way. He is often making last minute decisions and getting himself into trouble, in which he always manages to escape through unique means. As the movies progress, Jack Sparrow becomes more and more caring towards his crew, although he would never admit it, he may even consider them friends and puts their lives before his occasionally. He is an unusual character whose unique qualities make him unpredictable and extremely funny, even his mannerisms and the way he holds himself is full of character.

Jack Sparrow’s fashion was definitely more flamboyant than that of a typical pirate. He wore a red head scarf/bandana, a pistol belt that goes across his body, a normal belt around his waist, longdark brown boots that rolled at the top, dark brown baggy trousers, a striped sash tied around his waist, a long brown coat in the style of a revolutionary military jacket (he would often remove this), a navy blue waistcoat, and a torn and faded white undershirt. In his hair he had a ‘piece of eight’ coin, an ancient Siamese coin, woven into beads that he attached to his hair and it hangs over his forehead. He has beads throughout his hair, including on the tips of his goatee beard. Later, Jack Sparrow also hangs a tooth from the Kraken from his hair. He often changes his trinkets based on his many adventures. He also wears many rings on his fingers, and of course we cannot forget Jack’s tricorne hat that he himself values so highly.

So, if you have what it takes to pull of such a larger than life character, here are some of the best products that are available to you online:

This outfit is definitely recognisable as that of Captain Jack Sparrow, it includes the coat, waistcoat, shirt, trousers, waist sash, two belts, boot covers, pirates hat that is attached to a wig. This pirate hat/wig combo is perfect for those who are not black and do not come from black culture, this is because Jack’s locs are considered by many to be cultural appropriation. So if you are not from black culture, this hat/wig combo is perfect.

For kids, this Jack Sparrow outfit contains all that they’ll need, all you will need to provide is a pair of boots. It looks great and I’m sure that you’re little one will love it.

Here are some of the best accessories available online that you can pair with your outfit:

Jack’s gun is a very unique looking pistol, and this replica gun will look great paired with your outfit. It looks just like Jack’s and will sit perfectly in your holster, adding that extra something to your costume.

Of course you can’t forget about Jack’s compass, his other prized possession other than his hat. You can maybe even tie a string around this and wear it around your neck as Jack sometimes does. Or just keep it in your pocket.

This set is perfect, featuring both Jack’s compass, and the necklace with the coin from the dead man’s chest. Both will make great additions to your costume.